"The Way Things Are" 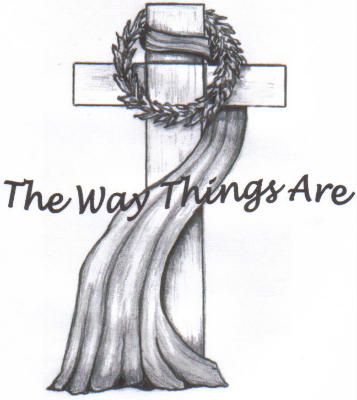 A Play for Holy Week

Thank you to everyone who took part in ‘The Way Things Are’, the production prepared for Holy Week.  There were good audiences for each of the performances including people from other churches in Orpington and the Circuit.

The play was based entirely on the dialogue from Matthew’s gospel, set to music using Ennio Morricone’s film score from ‘The Mission’ and a few other pieces of music.  People remarked on how moving the play was – not unsurprising given its content.

Starting with the baptism of Jesus and travelling with him and the disciples to his death offered opportunities to sample his preaching, teaching and healing as well as experience the conflict that developed between him and the religious and political authorities.

The cast worked on the dialogue discovering its many layers of meaning and seeing new connections between different parts of the story.  The staging enabled the audience to be part of the drama – the best seats being near to the front.  With ingenuity and imagination the stage was set simply and largely using existing resources the story was told.  The cast and back stage worked hard to allow the story to speak for itself.

The performance was seamless with episodes following one after another, made possible to do since much of the material was already known by the audience.  This enabled them to look at ‘the total picture; not at Jesus, only, but at Judas.  What he does is part of the way things are.’ (Sydney Carter – More or Less, the two way clock, poems)

The inescapable realities of life were portrayed symbolically in the story.  What was there had resonances with the sorts of things that happen in the world today and in our personal lives.  That is why so many found it moving and why it was an appropriate and helpful preparation for Holy Week.  Unlike other plays perhaps this one took its shape from the cast and the experiences people brought to their understanding of the story.  There was latitude for interpretation.

I am grateful for the commitment and creativity that everyone brought to their role and the resulting performance which many found uplifting and stimulating. 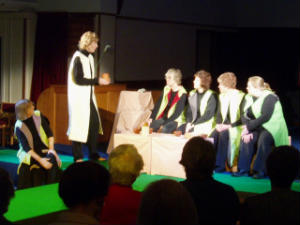 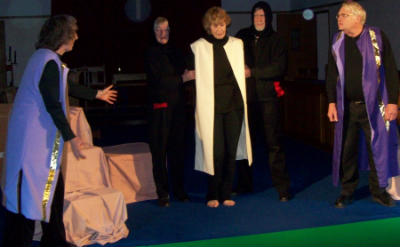 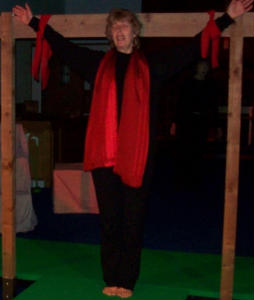